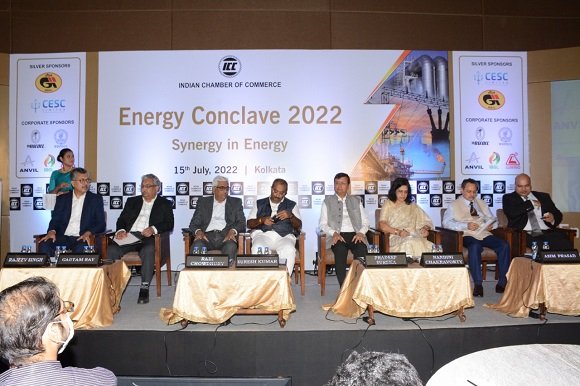 Kolkata, 18 July 2022: Indian Chamber of Commerce has organized ‘Energy Conclave 2022 – Synergy in Energy’ to deliberate on the journey of development and consolidation of the energy sector with the cooperation of state governments, industry, technocrats, financial institutions and consumers. The one-day conference which was held at a luxury hotel in Kolkata on Friday focused on different aspects of the energy business in East and North East India. Energy use is a very strong indicator of the level of economic growth of a country. In recent years energy production has received a global mandate to get cleaner and more efficient in its production and end users, in order to provide a healthier environment for the citizens. Renewable Sources of energy production like solar, wind and biomass have gained currency to attain carbon neutral growth.

Smt. Nandini Chakravorty, IAS Principal Secretary, Non- Conventional Renewable Energy Sources, Govt. of WB said during the conclave, “We have set the target of achieving Renewable energy sources of West Bengal is 20% by 2030. Staring with small but effective initiatives this target has to be made. Hence, we have till date installed rooftop solar panels in 1954 schools and work is in progress in another 1890 schools. These initiatives will not only help us reduce the carbon emission and achieve NET Zero sooner than the target but also huge progress toward sustainable development. We intend to focus on the textile, horticulture and agricultural sectors for increased usage of renewable sources.

Mr. S. Suresh Kumar, IAS, Additional Chief Secretary, Power, Govt. of West Bengal said, “Decarbonisation has become of utmost importance in our life. Carbon emission has to reduce for a sustainable future. Hence, various green investments are taking place throughout the country. In order to reach the target of decarbonisation, we need lakhs of crores. Though the international market has witnessed a flow in finance for quite some time now, India is also not behind in green investments currently. Even data sectors are requesting green energy. Environmental protection is the need of the hour in every sector which gives us ample opportunity to create potential losses due to climate change.”

Mr Anil Razdan, Chair, ICC National Expert Committee on Energy said, “The discussion today is mainly to shed light on the critical situation of non-renewable energy which is being used rigorously. As India is heavily dependent on coal for electricity generation and especially in the rural areas of the country, we must be aware of the consequences, hence a sustainable solution is required. The North Eastern part of India is surging as a prominent place for coal production. Electricity is also going to play a huge role as the transport sector in India, be it EV or Railways is all set for a change in the coming years. Each part of India has to work alongside in order to sustain the non-renewable energy sources which will give a boost to the booming renewable energy sector.”

Mr. Pradeep Sureka, President of Indian Chamber of Commerce mentioned, “The war has highlighted our dependence on energy sources and hence we must take actions towards reducing it. India every year imports 50% of its gas supply. Eastern and North Eastern parts of the country are endowed with coal.” 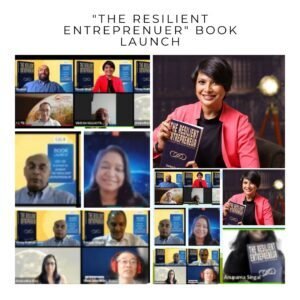 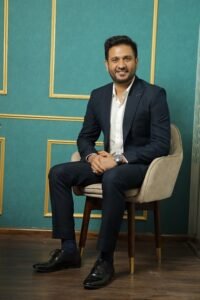 Next post Real Estate Investments vs Alternative Investments: Where to INVEST.
admin
2 days Ago