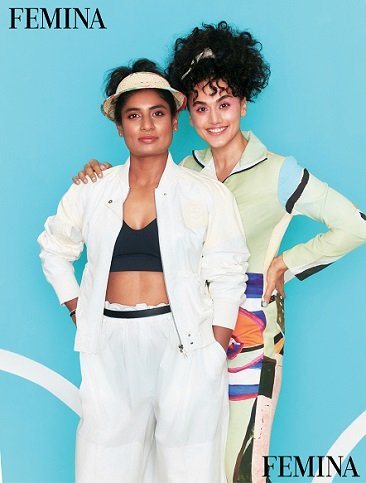 National, June 2022: Two powerhouses, Taapsee Pannu and Mithali Raj have long harnessed the media to challenge gender stereotypes. Ahead of the release of the biographical sports drama film Shabaash Mithu, the subject of the movie – Bharat Khel Ratna awardee and ODI Captain of the Indian women’s cricket team Mithali Raj – and the very talented Taapsee Pannu who plays her in the film engaged in an animated dialogue as they shoot the cover for the June 2022 issue of Femina. The free-wheeling conversation explored their impressions of each other, female friendships, the choices they have made in their lives, how they have carved a path in previously male-dominated arenas of cricket and Bollywood, and the movie itself.

Said Taapsee of the role, “I knew it would require commitment considering I’d never held a bat in my life before. But, because it was her, because a film on a female cricketer of her stature might never be made again, I braced myself for a long struggle ahead to learn the sport and make a movie where Mithali’s achievements of 23 years could be showcased.” She adds, speaking of Mithali, “Your career milestones and achievements speak so loudly that you do not need to say much.”

Mithali is equally appreciative of Taapsee’s commitment to her work. “On-screen, I have seen you take up brave projects and single-handedly carry them on your shoulders and own them. You have grown as an actor from film to film… Off-screen, I have always found you warm, chirpy and full of energy, and the opposite of me!” Speaking of the power of women working together, she said, “We are a formidable force when we are working together because I think that women, by nature, are more sincere towards their jobs. So, when women work together, they can create magic.”

Deepak Lamba, CEO of WorldWide Media Ltd, said, “Femina has been the frontrunner in providing a platform to strong women of credence and caliber. Taapsee and Mithali, through their tenacity, achievements, and unbridled optimism, have become role models for millions of Indian women. Consistency speaks volumes for them. We are excited to bring these two brilliant people together on the cover of Femina Magazine for our June issue”

Ambika Muttoo, Editor-in-Chief of Femina, said, “Taapsee and Mithali make for an awe-inspiring duo both on screen and off it. They have both had the courage to step out of the conventional way of doing things. Their grit, determination, and discipline towards their craft, the way they have made their dreams a reality will inspire women everywhere.” 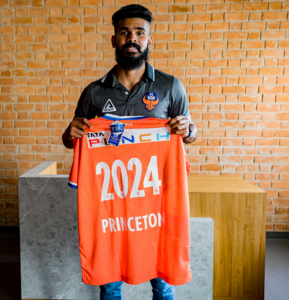