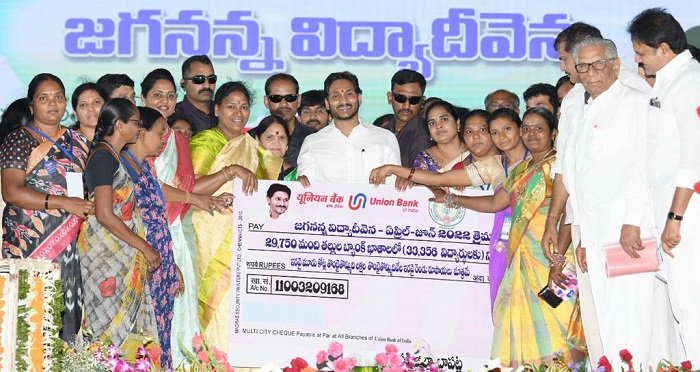 Bapatla, Andhra Pradesh, August 2022: For the third consecutive year, Andhra Pradesh State Government has remitted Rs 694 crores as the first tranche of Jagananna Vidya Deevena for this year, at an event in Bapatla, on Thursday. Under the Vidya Deevena scheme, mothers of over 11.02 lakh students received free reimbursement for April-July 2022 quarter. With an aim of providing higher education to poor students, the State government is reimbursing fee regularly on quarterly basis by depositing the amount into the accounts of mothers of students studying ITI, polytechnic, degree, engineering, medicine and other courses.

“We are making all efforts to provide education, social and financial security to our sisters and brothers in the state. Education is the only weapon which could transform a person, family, society, and state. We can get out of poverty only through education. It is the greatest blessing for any child and the only boon that will empower them for a better future,” the CM YS Jagan Mohan Reddy, said.

“To ensure that the students are industry ready, we have made efforts to change the curriculum, 30 to 40 percent of the curriculum was intended for skill development, 10 months internship was arranged for, tied-up with BYJUs to improve the education modules provided, made obtaining degree compulsory, and provided additional courses for the students. In addition, we have also tied-up with Microsoft, that has benefited students in getting access to software that would enable them to land jobs easily,” the CM YS Jagan Mohan Reddy, noted.

So far, the State government deposited Rs 8,365 crore in bank accounts of mothers under Jaganna Vidya Deevana, including payment of arrears of Rs 1,778 crore kept pending by previous government. The state government has also spent over Rs 53,000 crores only on education sector to empower the students.

To enhance parental monitoring and oversight of their children’s academic progress, the state government amended the fee reimbursement program’s modalities by converting it to a Direct Benefit Transfer (DBT) to the mother’s accounts. Previously, the state government would reimburse the fees amount directly to college institutions, primarily private.

The CM appealed to the mothers of students to pay the concerned college fee within 10 days after the amount is credited into their account. 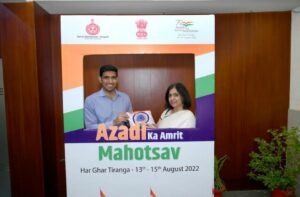 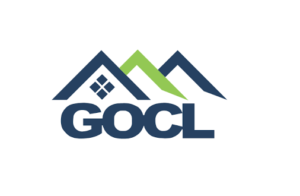 Next post GOCL reports a stellar performance with a growth of 177% increase in income in Q1FY23, with Consolidated Income at Rs. 486 crores
admin
3 days Ago