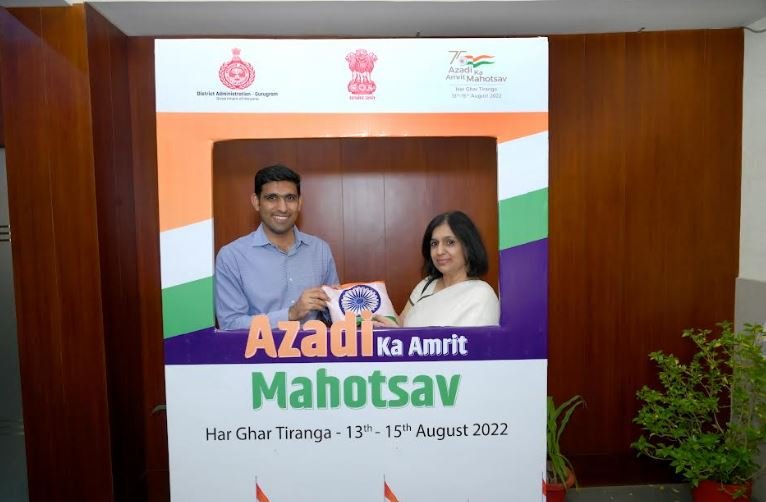 August 2022, Gurugram: Aligning with the vision of ‘Har Ghar Tiranga’, DLF Foundation today donated 70,000 flags to the Deputy Commissioner, Gurugram. ‘Har Ghar Tiranga’ is a campaign under the aegis of Azadi Ka Amrit Mahotsav to encourage people to bring the Tiranga home and to hoist it to mark the 75th year of India’s independence. The idea behind the initiative is to invoke the feeling of patriotism in the hearts of the people and to promote awareness about the Indian National Flag. The District Administration Gurugram is planning to hoist at least 4.5 lakh flags in the district. The donation of the 70,000 flags is DLF Foundation’s humble contribution to support the District Administration of Gurgaon.

Speaking on this initiative, Shri. Nishant Kumar Yadav, Deputy Commissioner, Gurugram said, “The District Administration Gurugram is planning to hoist at least 4.5 lakh flags in the district. I am thankful to the DLF Foundation for coming forward and contributing to our effort. As we celebrate the Azadi Ka Amrit Mahotsav, I request everyone to hoist the tricolour at home and participate in this unique initiative of Har Ghar Tiranga.”

The core idea behind the ‘Har Ghar Tiranga’ initiative is to invoke a feeling of patriotism in the hearts of the people and to promote awareness about the Indian National Flag.

Speaking on this, Ms. Gayatri Paul, CEO, of DLF Foundation, said, “We are excited and honoured to have collaborated with the District Administration of Gurugram to promote patriotism among Indians through the ‘Har Ghar Tiranga’ initiative. On this momentous occasion marking 75 years of independence, we join the nation in celebrating our brave freedom fighters who fought and struggled for the freedom we enjoy today. We urge the citizens to celebrate Azadi Ka Amrit Mahotsav by joining this movement and hoisting the national flag at their homes.”

DLF Foundation was established in 2008 as the philanthropic arm of the DLF Group. The DLF Foundation’s vision is to transform communities they work with through high-impact interventions in spheres of education, healthcare, and social sustainability with the resolve of enabling a better quality of life, backed by sustainable ecosystems for all stakeholders within the immediate and extended communities.

This is accomplished through the creation of customized programmes and innovative institutions that address India’s current development challenges and by providing a platform for the foundation to collaborate with other institutions, professionals, and subject matter experts to deliver sustained, magnified impact across communities of interest. 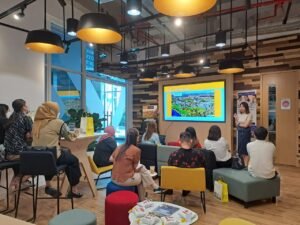 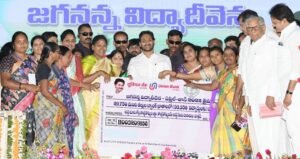