And the Dogathon was organised for the first time in Telugu states. Both the events held on Sunday morning near Kohenur, opposite Inorbit Mall, Madhapur

Mr. T. Srinivas Rao, DCP, Traffic, Cyberabad was Chief Guest and flagged off all the runs.

Speaking on the occasion T. Srinivas Rao said, it is very inspiring to see how teenagers are socially aware. Their concern and consciousness towards less privileged, senior citizens, stray dogs are highly appreciated. As Cyberabad is always known for organising innovative events and initiatives, the Teenagers have organised a Dogathon, first time ever is very laudable.

Seven teenagers Aanya Jain, Ashmit Tainwala, Anveshana Gupta, Aashi Pandey, Arshia Kumar, Pranav Verma and Shreyans Kadiyala, all in 17 and 18 years, either in 12th grade or just got out of 12th have come together to put up a big show called “Heart & Sole Run- 2022″ raised rupees ten lakh (rupees five lakhs from donations and another five lakhs from the event).

These teens planned and executed the event in just ten days. It is an amazing experience. We learnt many things. How to work in groups, power of team effort, how to turn obstacles into opportunities shared Aanya Jain and Ashmit Tainwala.

This is not one of the events. We will continue to host events like this regularly shared Anveshana Gupta, Shreyans Kadiyali.

The run was held in three different categories, 2.5K, 5k and 10K. Another run, Dogathon held first time. A Dogathon is a Dog Run. It is a first of its kind charity drive with a mission to raise funds to aid “Stray Animal Awareness” About 27 dogs and their owners participated in the 2.5 kms Dogathon event. In Dogathon race, SKYE, a Siberian Husky came first. All dogs who participated were given away medals

400 plus people participated in both the runs put together.

The two events were organised coming together of four teenagers founded NGOs. Every Paw Matters, is volunteers led one supports dogs and other pets in need; Vishwasa, an organization aiming to teach life skills, offers mental health, attention to the underprivileged and raise mental health awareness simultaneously and the International Association of Lions Clubs, the biggest service organisation in the world. Arah works for awareness of menstrual hygiene of women and transgenders. In one year since this NGO was launched, they reached out 1000 women and transgenders. According to its founder Anvesha they reached out to 30 transgenders.

Vibhaag Foundation is a student- run foundation and it led by Aamit Tainwala. It has raised funds in the past for a Charitable Clinic for Women and Children of Slum area run by Lions Club of Hyderabad Petals. Even the Medicines required to run the clinic for one year were arranged by student run NGO, Vibhaag Foundation. 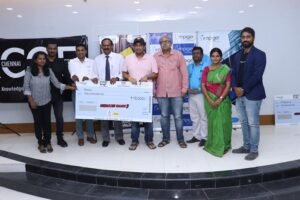 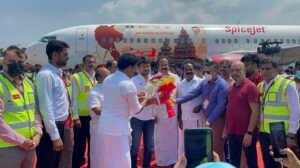