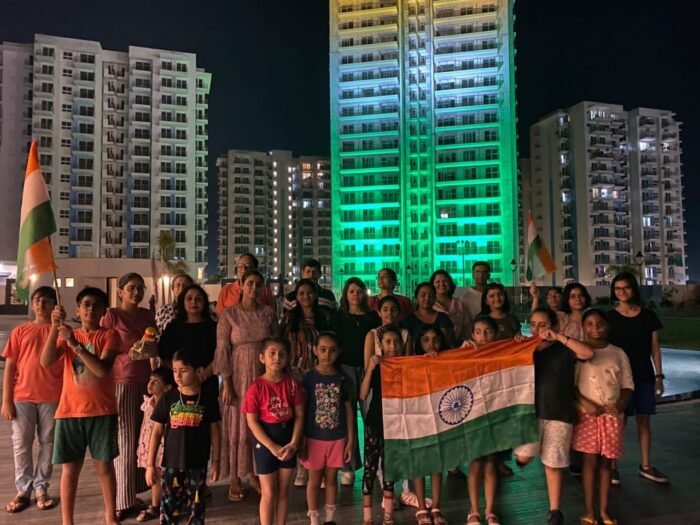 The residents of Hero Homes joined the celebrations of Azadi Ka Amrit Mahotsav on the eve of the 75th Independence Day in a unique way by organising Tri-colour projection on building elevations of Hero Homes. The celebration continued till 15th August as visualised by the Prime Minister.

The Tricolour flashed on the buildings in synchronicity and gave a spellbinding view to the onlookers. The residents of the societies joined in the celebrations by appreciating arrangements. Outlining the glorious history of India’s Independence movement, Mr. Dharmesh Shah, CEO, Hero Realty, said, “Freedom doesn’t see colours or shapes. Now we need to build a better future, full of love, unity and understanding. Nation First and Always First”. He also added that the efforts should supplement the visions of the Prime Minister.

The Tricolour projection was the theme of the calibrated effort taken up by Hero Homes. The idea was to spread a sense of patriotism and nationalism amongst everyone. It was to create vivid and supreme imagery of the country’s diversity, sovereignty, and cultural assimilations and intermixing. The Tricolour flash was an ostentatious presentation of the grandeur and subtle power of India.

A flag hoisting ceremony took place on the 15th of August across all locations of Hero Homes and as usual all the residents participated in the event.