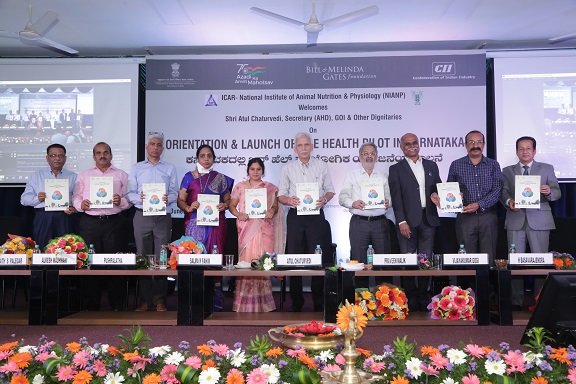 Bengaluru, June 2022: On 28th June, Bengaluru witnessed the launch of ‘Orientation & Launch of One Health Pilot in Karnataka’ by Shri Atul Chaturvedi, Secretary, Department of Animal Husbandry & Dairying, Ministry of Fisheries, Animal Husbandry and Dairying, Government of India. Also, the capacity building plan in English and Kannada and One Health brochure was launched in Kannada language.

One-Health is a multi-sectoral approach that takes into consideration human, animal and environment health and the interconnectivity and interdependence of these three elements. The idea becomes especially important after the COVID pandemic for taking holistic approach.

Addressing the launch of the pilot project, Shri Atul Chaturvedi, Secretary, Department of Animal Husbandry & Dairying, Ministry of Fisheries, Animal Husbandry and Dairying, Government of India said, “The One Health India program initiated by the Department will work to improve livestock health, human health, wildlife health, and environmental health by institutionalizing the coordination among animal, human & wildlife departments, improving disease diagnosis and surveillance, digitizing the data collection & sharing mechanism and enabling enhanced communication among community members on the need to pay attention to zoonotic diseases and for implementing One Health. This pilot project will help institutionalize the coordination among various sectors thereby making data sharing and reporting procedure on disease outbreaks feasible. It will facilitate, strengthen, and integrate the laboratories in a network. The project aims to support the development of a targeted surveillance plan and integrate data with the digital architecture of the National Digital Livestock Mission (NDLM). The pilot in Karnataka will form the basis for development of the One Health Framework for India.”

Dr. Praveen Malik, Animal Husbandry Commissioner said, “With the launch of the One Health Framework pilot in Karnataka, we look forward to integrating human, environmental, and animal health. Six interventions planned for the pilot will result in better coordination amongst different relevant sectors and capacity building of different teams. With the support of the state departments and all stakeholders, we look forward to the successful implementation of the pilot”.

“We are proud that the One Health pilot project is being implemented in Karnataka. This pilot will go a long way in helping us improve facilities and infrastructure in our state” said Ms. Salma K. Fahim, Secretary, Department of Animal Husbandry and Fisheries, Government of Karnataka.

Shri Vijaykumar Gogi, Principal Chief Conservator of Forest (WL), Forest, Ecology and Environment Department, Government of Karnataka and Dr. Pushplatha, Incharge-Director, Department of Health and Family Welfare, Government of Karnataka said they are excited to implement the One Health framework in the state and they indicated the commitment of the department to support this initiative. Also, they look forward to integrating animal health with human and environment health.

On this occasion, Shri Alkesh Wadhwani, Director, Poverty Alleviation, Bill & Melinda Gates Foundation (BMGF) expressed pleasure on the launch of this pilot and showed his support to Department of Animal Husbandry and Dairying for the implementation of the National One Health Framework for India”.

The Department of Animal Husbandry & Dairying (DAHD), Government of India is piloting this project with the financial support of Bill & Melinda Gates Foundation (BMGF) and The Confederation of Indian Industry (CII) as the implementing partner. The One Health initiative of Department of Animal Husbandry and Dairying, Government of India would enable effective inter-ministerial coordination among various government departments at the national level, an institutionalization mechanism has been established through an apex inter-ministerial governance committee, chaired by the Principal Scientific Adviser to the Government of India. The Project Steering Committee (PSC) constituted under the chairmanship of Secretary, DAHD, works towards institutionalizing interaction among the human, animal & wildlife departments at the centre, to enable collaborative and collective decision making, supervise progress and guide the team on interventions being deployed. A similar governance structure for states is also being stressed upon by creating a State Level One Health Committee (SLOHC). 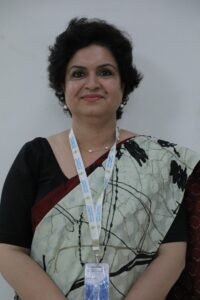 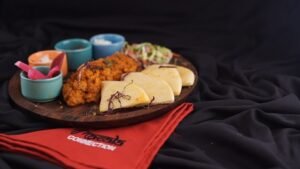