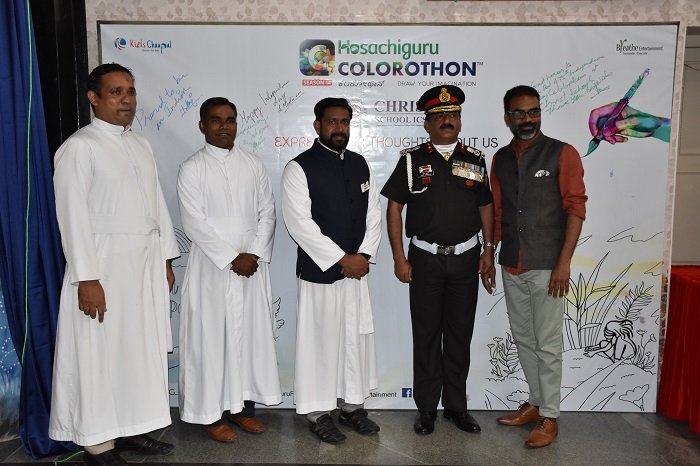 Can peace be fun? Can it be celebrated in a jazzy way, to a beat that reminds you of say, Rah, Rah, Rukamma?

“We sleep in peace because they lie awake for us”: These words of Rev. Fr. Nilson Davis Pallissery CMI, Principal, Christ School ISCE reverberated with a deafening applause from a large gathering of students, teachers, and parents, capping the celebrations of 75 years of Indian Independence as part of Azadi Ka Amrtit Mahotsav at Christ School.

Peace was the centre-piece of the celebrations, writ large on a colourful 10X8 canvas, aiming to be the world’s largest letter of Peace, brimming with the emotions of nearly 5,000 people.

This Letter of Peace & Gratitude displayed on a graffiti wall is eying an entry into multiple world records, as the largest such letter hosted on a single platform.

Penned in multiple languages by 2,650 students of Christ School ICSE, apart from their parents and teachers, it paid heart-felt tribute to all the martyrs, their families and the freedom fighters who gave up their lives for Mother India, said Brig. Jose Abraham who inaugurated the freedom fest organized by Breathe Entertainment jointly with Christ School.

We are privileged to host this one-of-its-kind event in Christ School to express our gratitude to all the martyred soldiers, freedom fighters and our defence forces, who are our nation’s pride, and by this also infuse a sense of patriotism in our students,” asserted Rev. Fr. Nilson Davis, and added that it would be written in golden letters in the annals of the School.

Stressing the importance of this peace gesture, Kishore Joseph, Director, Breathe Entertainment and also a multiple world record holder, said it could calm the conflicts surrounding us and remind us that living in peace and harmony can add to the glory of our proud country.

As part of the celebrations, 75 collages contributed by 2,650 students was exhibited encapsulating the journey of 75 years, starting from 1947 to 2022.

There will be many more events at Christ School, but an event commemorating India @ 75 will not come again, for the colourful children, basking in their love for the country. 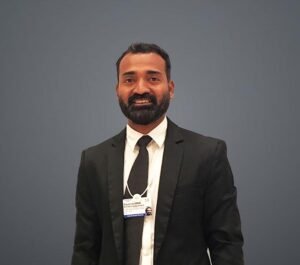