This year will see highest participation in the Youth Boys and Youth Girls class the ILCA 4. The young sailors are all below 17 and mostly still in school.

The Secunderabad Club is probably one of the few Clubs in the world which has its own Sailing Annexe overlooking the vast and picturesque Hussain Sagar Lake. The Sailing Annexe is especially devoted to the activity of sailing and Water Sports. It is one of the oldest sailing clubs in the country with a history nearing 150 years.

Secunderabad club has in the past hosted large International and Asia pacific events.

It has produced many outstanding sailors both at the National and International level.

Some of the most notable sailors of Secunderabad club is Late Mr. C.S.Pradipak Arjuna Awardee and YAI Lifetime Award winner. Secunderabad Club has been running coaching camps under the guidance of Commodore Arjun Pradipak YAI Dinghy Instuctor to popularise sailing among youth sailors. He was instrumental in reviving sailing at the club in the last decade.

Vatsal Banker has recently represented our country in the Asian Regatta in Abu Dhabi. He is currently training in Europe and representing India in the World Championships in Portugal. Secunderabad club sailors Alekhya Coondoo and Shloka Mahesh are medal prospects in this event.

Honorary Secretary, Secunderabad Sailing club, Mr. Vikrant Boorugu says, this sailing event has been accredited as a Yachting Association of India (YAI) Ranking event. This means that the ranking of a sailor at the Hyderabad Sailing Week will be considered towards overall National Ranking and subsequent selections for various national and international championships including Selection for Asian games. 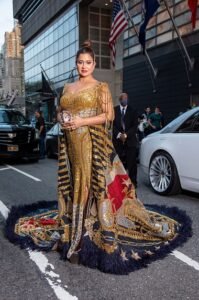