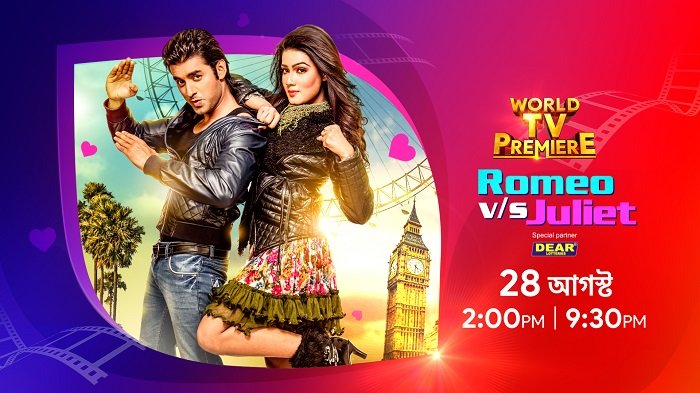 Get ready for a rom com as Colors Bangla brings to screen the World Television Premiere of Romeo vs Juliet special partner Dear Lotteries on 28th August at 2 pm.

Produced by Eskay Movies the movie is about Romeo, an unruly youth in his local village who goes to London after seeing his dream girl on Facebook to win her heart. The film stars superstar Jeet and the beautiful Mahiya Mahi. Released few years back, the movie will be aired for the first time on television on Colors Bangla. The film has been directed by Ashok Pati and Abdul Aziz and has been shot in the beauty of London locations. For the first time, Indian actor Ankush Hazra and Mahiya Mahi has been paired up for the romantic comedy. The film’s soundtrack was tuned and composed by Pritom and Emon Saha. Bangladeshi actress Mahiya Mahi debuts in the Bengali industry with this film.

Ankush and Mahiya play the gen next of two warring families. Romeo a young man of a village in an attempt to get rid of a marriage proposal lies to his entire village by saying that he loves somebody called Juliet who lives in London. He ends up being the bodyguard of Juliet after saving her life twice from the goons. Situations take a turn for the worse with lies, treachery and betrayal threatening the budding love story.

Ankush Hazra and Mahiya Mahi starrer Romeo vs Juliet will be aired on Colors Bangla Cinema subsequently on 11th September. The show will be heavily promoted on air and on social media for better reach and engagement.

Watch Romeo vs Juliet on 28th August at 2 pm only on Colors Bangla!! 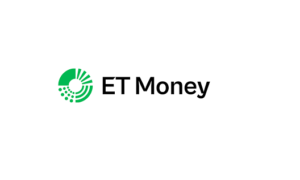 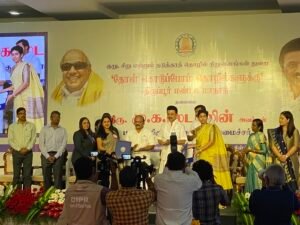 R CITY pays tribute to the loved and respected qawwal duo Shri Shankar & Shri Shambhu as it hosts the...