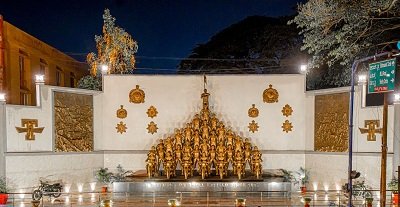 May 2022: Royal Enfield celebrated its long-standing association with the Indian Army with a special commemorative sculpture – the “Tornadoes Wall”. The structure was inaugurated on May 7th, 2022 by Lt Gen MKS Yadav, SM, DGST and Mr. Jayapradeep V, Head-Business Markets, India+, Royal Enfield. The inauguration was also attended by Mr Tejender Singh Baoni, the sculptor of the monument. The Tornadoes Wall is a mark of respect to the unrelenting valor and bravery of the soldiers of the Indian Army which stands tall in the Centre of Bengaluru. The team also unveiled the Tornadoes Coffee Table Book, which illustrates the rich history and achievements of the team since its inception.

A tribute to the undying spirit of the Tornadoes team of the armed forces, Royal Enfield has also designed and launched the Tornadoes collection – a limited edition apparel range inspired by the valor, pride, patriotism that fuels passion in the hearts of our fellow riders. Royal Enfield introduced the “Tornadoes” themed apparel and merchandise range for enthusiasts who can now proudly own a part
of their story.

The Tornadoes Collection includes a special range of protective apparel exclusively designed and available for the Army Service Corps (ASC) team, for them to perform their stunts safely, and a range of graphic t-shirts, full sleeve t-shirts, sweatshirts, shirts, jackets, trousers, caps, headgear and mugs, designed for motorcycling enthusiasts and ones who aspire to associate with Tornadoes and the Royal Enfield brand. The collection is available at all leading Royal Enfield stores, Shoppers Stop, Central and Globus stores across India and online at store.royalenfield.com and Amazon.com. 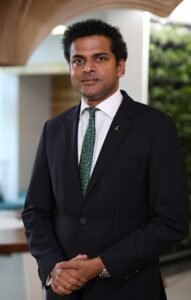 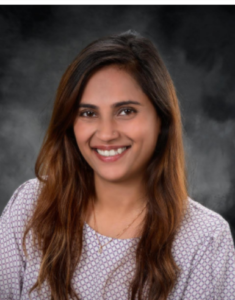 "At Covestro, we are pleased with the initiatives outlined in Union Budget 2023 to drive infrastructure development and growth in...

By- Mr. Paras Arora, Founder & CEO- Qdesq The COVID-19 pandemic has had a significant impact on the way we...

NEW DELHI, FEBRUARY 2023 - The 2023 Value of IT Certification Candidate Report, the eighth in an ongoing series, shares...

February 2023: To emphasize on the importance of Self Love, Crazy Owl - Your Skin Co. launches #CrazySelfLove Pledge campaign...

"The sports sector in India has been granted the largest budget allocation in its history and from a venture capital...