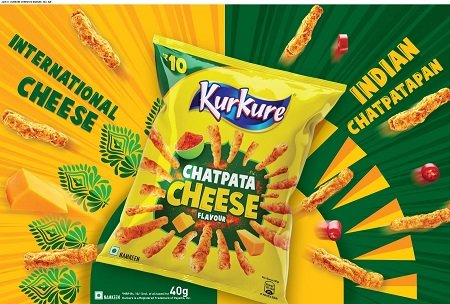 As a brand that always captures the pulse of the nation, Kurkure’s latest offering embraces India’s growing affinity for dairy-flavoured snacks. The never-seen-before fusion flavour extends the brand’s play beyond the classic ‘masala’ flavour, which is unheard of in the collet category. The all-new Kurkure Chatpata Cheese aims to create curiosity amongst the Indian youth with its unique combination of international cheese and Indian ‘chatpatapan’ that is just ‘two much fun’.

Expressing the magic of fusion, the TVC opens with two families, one Indian and the other a foreigner, discussing their children’s love marriage. The Indian boy’s mother, who is skeptical of their union expresses her displeasure to her son, claiming that he would be better off marrying someone from an Indian family. While doing so, she offers the girl’s parents some Kurkure Chatpata Cheese, but instead tells them in English that she’s proud of her son’s choice. That’s when the ‘chatpata’ twist kicks in and the girl’s mother playfully responds, “chal jhoothi!”, shocking everyone in the room.

Speaking about the new film, Neha Prasad, Associate Director – Brand Marketing, Kurkure, PepsiCo India, said, “For over 20 years, Kurkure has been the family-entertainer that adds a spark of quirky masti into the daily lives of its consumers. We keep our consumers at the heart of everything we do by creating campaigns that illustrate unconventional, yet relatable modern Indian family moments. Our latest TVC intends to transform any family moment into an entertaining one with our new Chatpata Cheese fusion flavour that is truly ‘videsi mein desi chatpatapan’!” 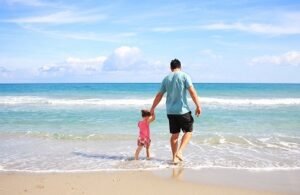 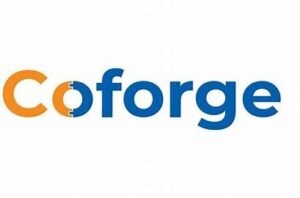 Next post Coforge Partners with Estes Express Lines: Announces a New Go-To-Market for the Transportation & Logistics Industry
Sujata
13 mins Ago

Hyderabad, February 2023: With the aim of accelerating innovation in areas of Connected, Autonomous, Shared, and Electric (C.A.S.E.) mobility in...

“RBI’s decision to hike the repo rate by 25 basis points may be one of the last in the ongoing...