Mr Pradeep Multani, President, PHD Chamber of Commerce and Industry said that 50 bps increase in policy repo rate by RBI is in line with the PHD Chamber’s expectations as many economies are increasing the policy interest rates, however, it will have a significant impact on the costs of doing business, which are already high.

Reserve Bank of India, during its Monetary Policy Committee Meeting announcement on 5th August 2022 has decided to increase the repo rate by 50 bps at 5.40% and remain focused on withdrawal of accommodative stance so that inflation remains within the target while supporting growth. The Standing Deposit Facility (SDF) is adjusted to 5.15% and Marginal Standing Facility (MSF) and bank rate revised at 5.65%.

RBI’s decision to raise the repo rate is in response to the headwinds being faced by Indian economy including high inflation, uneasy financial markets, foreign portfolio outflows, majorly caused by distress in the global economic situation, said Mr Pradeep Multani.

The volatility in global financial markets is leading to imported inflation in India, however, CPI has eased in the recent two months but still remains uncomfortably high and above the RBI’s target level, said Mr Pradeep Multani.

At this front, RBI has retained the CPI projection at 6.7% for FY2023, with inflation remaining near the upper tolerance of 6% for Q2 and Q3 of this financial year, he added.

However, it is encouraging to note that on the back of India’s strong and resilient fundamentals, the economy is expected to be amongst the fastest growing economies in the world, as per the projections of IMF in its recent forecast in July 2022, said Mr Pradeep Multani.

At this juncture, RBI has retained the GDP growth projections at 7.2% for FY2023, with Indian economy is expected to speedily emerge out of shadows of pandemic and geo-political effects, said Mr Pradeep Multani.

Another reassuring message by RBI has been the greater resilience shown by India against the external shocks with significant improvement in the external debt to GDP ratio, net international investment position to GDP ratio, debt servicing ratio and sufficient foreign exchange reserves. This will boost the confidence of businesses and investors on the Indian economy, said Mr Pradeep Multani.

It is highly appreciable that RBI strives to remain vigilant on the liquidity front and conduct two-way fine-tuning operations as and when warranted, depending on the evolving liquidity and financial conditions. This will certainly help the Indian financial system to remain on resilient side, said Mr Pradeep Multani.

Going forward, any further increase in the repo rate will impact India’s economic growth due to impact on demand scenario and consumer and business sentiments. It will further escalate the costs of doing business, which are already high vis-a-vis high raw material costs amid geo-political distress, said Mr Pradeep Multani. 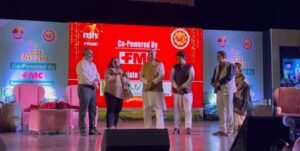 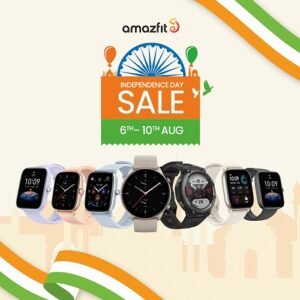